Energy is something we all strive to have or maintain. Whether it be through getting enough sleep, exercising regularly, eating a well-rounded diet, we all want to feel vibrant and switched on to take on the day.

The food you eat has a clear impact on your energy, focus, and performance. A diet high in refined sugars and processed foods can leave you feeling energized one minute and completely drained the next due to imbalances in blood glucose levels and hormones.

Although diet is something we can address, the current high demands of society make it sometimes impossible to focus on nutrition, leaving the majority to rely on ‘fake’ energy from coffee and energy drinks.

How Do We Boost Energy Naturally?

Fortunately, well-established research has found many energizing supplements and herbs can naturally boost energy on a cellular level. For instance, adaptogens, herbs that have been around for thousands of years, aid our body cope with physical and emotional stress, thereby reducing mental fatigue and increasing energy.

Current agricultural practices have led to a depleted soil, which would otherwise be rich in the minerals and vitamins required for energy metabolism. This leaves our bodies deficient and tired. For this reason, the need for supplementation of nutrients rises despite a diet rich in fruits and vegetables.

In this article, we explore the multiple energizing supplements and herbs that can support energy levels in a systemic way. We will highlight nutraceuticals that stimulate several biological systems, including the nervous, endocrine, and immune systems.

These types of supplements work to stimulate the activity of certain neurotransmitters that promote a healthy mood and energy, such as serotonin and dopamine. They work by either slowing the metabolism of neurotransmitters or by stimulating their activity, with the end goal of increasing their concentration. Some of these supplements include:

An amino acid naturally synthesized in the body and a precursor to the neurotransmitters dopamine and norepinephrine. Although it is present in food sources, many chose to supplement with L-Tyrosine to increase energy and cognition.

By boosting the production of dopamine, which regulates pleasure, motor skills, and memory, L-Tyrosine has been shown to significantly enhance cognitive performance, especially in short-term stressful or demanding situations (when dopamine or norepinephrine is momentarily depleted). [1] [2]

An organic compound naturally present in the body and also found in small quantities in foods like cacao, eggs, and legumes. It is also synthesized into a supplement and taken by many for the mood-enhancing and antifatigue properties. PEA has been shown to enhance mental capacities such as concentration, focus, and boost energy.

A number of studies have indicated PEA may increase mental and physical performance due to its positive effects on mood. [3] [4] [5]

A well-studied nootropic supplement known for its neuroprotective effects. CDP-Choline was found to improve memory in individuals with dementia and may reduce brain damage resulting from strokes or brain injuries. CDP-Choline protects the brain by improving the strength of neuronal membranes.

It is also involved in the modulation of important neurotransmitters such as dopamine and acetylcholine and is often taken to increase energy and stop fatigue. [6] [7] 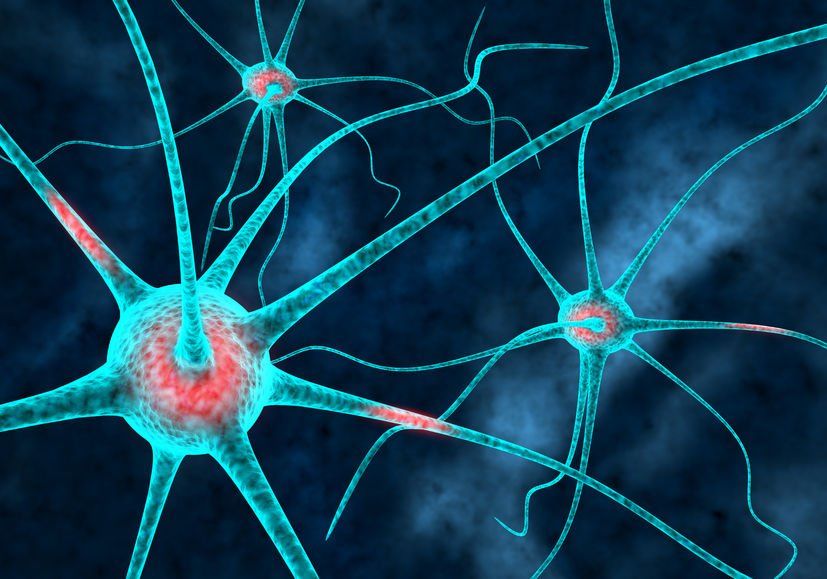 These products are great for supporting energy metabolism on a systemic level. These energizing supplements contain potent antioxidants that help encourage energy production by protecting the body from free radicals, which can often be damaging to mitochondria and interfere with energy synthesis.

A dietary plant polyphenol with antioxidant and anti-inflammatory properties, which protect the body from unstable compounds known as free radicals. Quercetin is found in several plant foods such as red onion, apples, green tea, and berries.

Interestingly, Quercetin has an anti-viral, antibacterial, and anti-inflammatory capacity as it acts as a Zinc Ionophore, which helps Zinc cations travel into the plasma membrane of virally infected cells and inhibit their proliferation. [8] [9] [10] [11]

A potent flavonoid with several health-promoting effects, which include an important effect on energy metabolism. It is present in high concentrations in foods such as buckwheat and is sold as a supplement. Rutin has beneficial effects on cognition and insulin signaling.

One study found Rutin supplements could be a potential antianxiety and antifatigue agent because of its ability to ameliorate symptoms associated with physical fatigue. Rutin administration on mice for 7 days showed an improvement in physical endurance as well as a decrease in blood lactic acid, indicating Rutin may improve energy levels. [12] [13]

Supports healthy energy levels because of its ability to increase oxygen delivery to tissues. Exercise capacity is measured based on the ability of red blood cells to deliver oxygen to muscles.

ITPP was shown in a study to increase energy capacity in mice through its ability to improve tissue oxygen delivery in mice with heart failure. ITPP was able to do this by regulating the binding affinity of oxygen to hemoglobin, the protein in red blood cells that carry oxygen to cells. [14] 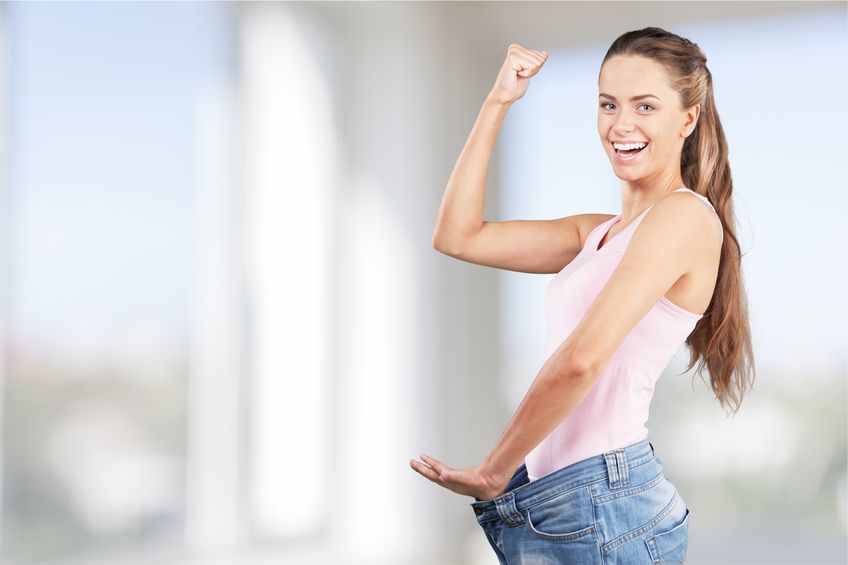 These energizing supplements and nutraceuticals may support energy levels by improving immunity against viral attacks and infections. Viral infections from viruses such as the Epstein Bar Virus may cause post-viral fatigue due their inflammatory effects on the brain. [15]

By improving immune responses in the body, adaptogens may help to both protect the body from toxic and physical stressors while also preventing fatigue. Some of the most powerful immune-boosting adaptogens with antiviral and antibacterial activity include:

Also known as Trametes versicolor – a medicinal mushroom with a host therapeutic properties. The most notable health benefit is its ability to raise immunity due to its antioxidant activity. Oxidative stress is the result of an imbalance in antioxidants and reactive oxygen species (unstable molecules) that can cause damage to tissues and cells.

Consuming antioxidants like Turkey Tail which are rich in the number of active flavonoid antioxidants can decrease oxidative stress and inflammation, thereby stimulating the immune system. [16] [17] [18]

Known as Cordyceps sinensis, is another potent medicinal mushroom. Cordyceps has been widely used as an herbal remedy in Chinese pharmacopeia for over 300 years and is the most notable traditional Chinese medicine due to its wide range of clinical applications.

Cordyceps is known to promote kidney, liver respiratory, circulatory health. It is also a very popular energizing supplement and has been used to treat fatigue induced by certain illnesses.

Cordyceps is also unique in its role as an immune modulator as it has the capacity to both stimulate and inhibit the immune system as needed by the body through the regulation of the adaptive and innate immune system. [19] [20] [21]

Is a holoparasitic plant with several potent benefits on human health. Cistanche has been used as a tonic in traditional practices because of its anti-aging effects. It is also believed to have neuroprotective effects and to be associated with a higher life expectancy.

Studies have shown the powerful antioxidant activity of Cistanche – 5 times stronger than Vitamin C – is responsible for its therapeutic capacities. Polysaccharides present in the herb have been shown to activate immune responses in both in vivo and in vitro cases. [22] [23] 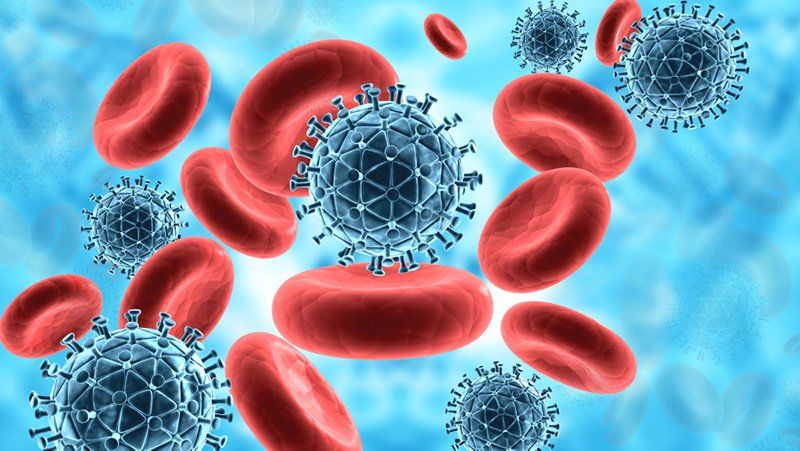 Adaptogens help to improve energy levels by increasing the body’s resistance to stress, boosting immunity, and normalizing hormones. They assist the body in coping with stress by acting on the hypothalamic-pituitary-adrenal axis, namely the adrenal glands to balance cortisol and nitric oxide, hormones that are elevated in stressful periods.

Adaptogens like Rhodiola rosea and Panax ginseng have antioxidant and anxiolytic properties, helping to decrease oxidative stress and support mental clarity. Consuming adaptogens may be beneficial in boosting energy by reducing stress and its associated symptoms such as exhaustion, anxiety, and mental fatigue. [24] [25] [26]

An antioxidant found in the mitochondria of human cells and a number of food sources. ALA acts as a cofactor in the metabolism of energy by the mitochondria. It helps enzymes transform nutrients (carbohydrates) from food into energy (ATP) used by every cell in the body.

Studies have found the consumption of ALA in the diet or supplementation may be associated with better mitochondrial function and a decrease in insulin resistance. [27]

Consuming more ALA from organ meats and broccoli or via ALA supplements may improve energy, performance, and promote cognitive health by increasing the synthesis of mitochondria.

ALA boosts energy metabolism by modulating the expression PGC-1 alpha, a regulator of mitochondrial function. Mitochondria is the site of the production of energy required by all human cells and is involved in virtually every function in the body. [28]

An herbal extract that has long been recognized for its use in traditional Chinese medicine. The herb literally means “all-healing” in Greek, with an array of therapeutic uses.

The main active components of ginseng, ginsenosides, are known to contribute to the plant’s positive effects on energy which include fighting oxidative stress, beating fatigue, and decreasing inflammation.

In addition to the herb’s beneficial effects on mood, cognition, and anxiety, it also boosts energy by stabilizing blood sugar levels which have been shown to cause low mood if chronically imbalanced. [29] [30] [31]

A well-valued plant and adaptogen in traditional medicines with known and proven benefits on the central nervous system. Research is suggesting Rhodiola Rosea is beneficial for asthenic conditions, i.e. symptoms associated with chronic fatigue including helping with appetite, restful sleep, energy, balance blood pressure as well as enhance physical and mental performance.

Rhodiola rosea’s health benefits are stem from its ability to act on beta-endorphins and monoamines. Beta-endorphins are opioid peptide hormones involved in the regulation of pain and in the reduction of fatigue and increase glucose uptake. Monoamines are a group of neurotransmitters that regulate physiological functions including mood and cognition. [32] [33] [34] [35] 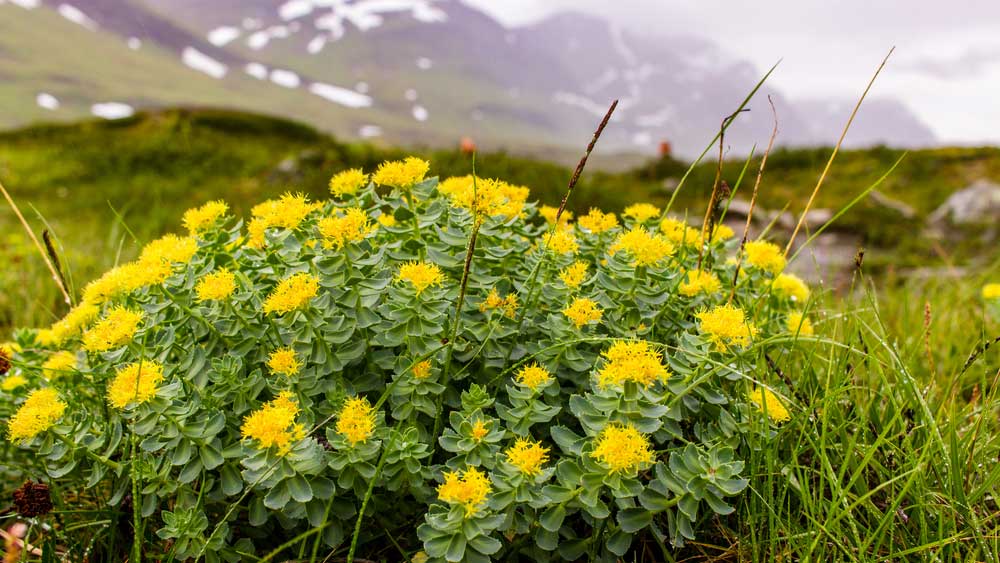 In summary, there are several natural herbs and dietary supplements you can try to improve your energy levels and stop fatigue. Before trying any of the powerful supplements mentioned above, the first step is to figure out what is causing the fatigue. For more information about fatigue and the underlying causes of fatigue, check out our blog post here.

After you’ve gone through the many ways of improving energy naturally included in that post, such as getting proper sleep, reducing alcohol consumption, exercising, and making better food choices as well as managing stress, but are still needing some extra support, then give a few of the adaptogens and supplements mentioned above a go.