Rutin is a ubiquitous bioflavonoid found in most fruits and vegetables, alongside Quercetin. Research has shown that Rutin is an effective antioxidant and anti-inflammatory compound with immune-support benefits. [1] [2] [3]

At a Quick Glance

Benefits and Effects on Humans

Based on Available Scientific Research and Anecdotal Evidence

According to clinical studies, the best serving size for this supplement appears to be around 500 mg, taken once to twice daily. [4] This serving size provides enough of the active compound to produce all of the health benefits associated with its use.

Rutin and Quercetin are considered to be beneficial to human health, especially alongside a healthy diet and lifestyle with lots of fruits and vegetables and regular exercise.

It is not recommended to exceed the serving size.

Rutin may go well when taken alongside a Quercetin supplement, and its bioavailability may be enhanced through the use of Piperine. If you’re planning on taking this supplement in a stack, always reduce the serving size and assess the efficacy before increasing it again.

Rutin (Rutoside, Vitamin P, quercetin-3-O-rutinoside, sophorin, 3,3′,4′,5,7-pentahydroxyflavone-3-rhamnoglucoside) is a powerful and effective natural supplement for promoting health. It is found in numerous plant species, including most fruits and vegetables, and other well-known herbs like Ginko Biloba and St. John’s wort. [1]

It is a powerful phytochemical for supporting a healthy circulatory system and acts as a potent antioxidant and anti-inflammatory.[1] [2] [3] Research has also shown that Rutin may have immune-supporting benefits and may also be useful in promoting healthy skin.[4] [5]

Chemically, Rutin is very similar to Quercetin. It consists of a Quercetin molecule bound to a rutinose sugar compound and the two compounds are almost always found together in natural sources. In the body, Rutin acts as a Quercetin deliverer to the large intestine. In the large intestine, Rutin is also metabolized by microflora (natural gut bacteria) to liberate Quercetin, which acts as the active compound.[2]

One of the key benefits of this supplement is its ability to provide a ‘slow-release’ form of Quercetin. It takes an extended amount of time for gut bacteria to metabolize Rutin in the large intestine, which is in contrast to Quercetin supplements that generally have a fairly short half-life. Rutin, on the other hand, has a long release time, which provides you with health benefits over a sustained period.[6]

As a result of its ubiquitous occurrence in herbs, fruits, and vegetables, this powerful health-promoting flavonoid has been used for hundreds (possibly thousands) of years in traditional remedies by many different societies.

Furthermore, Rutin is included in over 130 registered therapeutic medical preparations.[9]

Numerous studies have been conducted on this fascinating plant-based health compound. According to a recent review of the literature, it possesses a number of health benefits, including antioxidant, cytoprotective, vasoprotective, neuroprotective, and cardioprotective properties.[3] 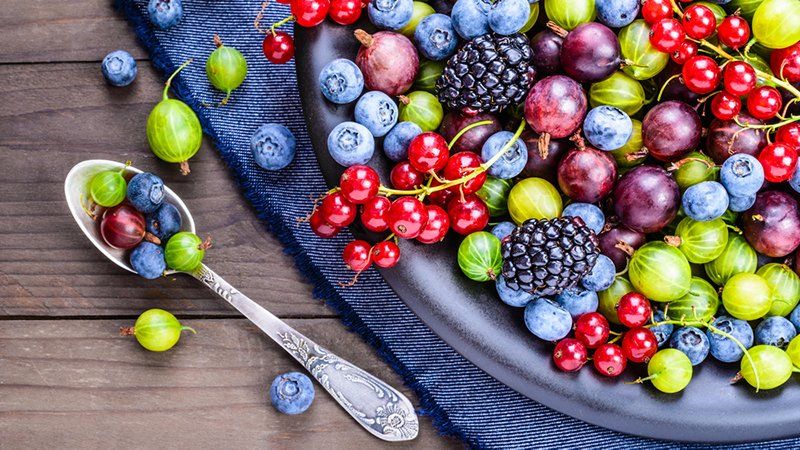 Some medical researchers are using the term “Vitamin P” to refer to a class of compounds known as ‘bioflavonoids’. There are around 4000 – 6000 bioflavonoids that occur in nature. Many of them have not yet been sufficiently studied for their potential health benefits in humans. However, it is now well established that most bioflavonoids have important antioxidant and anti-inflammatory benefits in the human body.[11]

Rutin and Quercetin are two very similar bioflavonoids. In fact, the two compounds are structurally identical, except for the additional rutinose sugar molecule that is attached to Rutin. Of all the bioflavonoids, Rutin and Quercetin have been studied the most for their effects in humans, partly because of they are so easily found in fruits and vegetables and due to their effectiveness.[7] [8] [9]

Natural food sources of Rutin and Quercetin include: apples, almonds, berries, citrus fruits, dates, tomatoes, sweet potatoes, cherries, and watermelon.[8] [9] Unlike Quercetin, Rutin is metabolized by gut bacteria in the stomach, which ‘break-off’ the rutinose sugar molecule. To fully enjoy the benefits of this supplement, enhancing your gut bacteria through the use of a prebiotic or probiotic supplement is recommended.[12]

One of the primary benefits of Rutin is its ability to help support a healthy circulatory system.[3] It achieves this through a number of biochemical processes in the body that are aimed at supporting good health. One study found that isolated extracts of Rutin from the Korean Dendropanax morbifera plant helped against thrombosis and coagulation in mice, thereby promoting blood flow.[13]

A recent review of the literature about Rutin took into account all of the previous studies with relevance to health benefits on the circulatory system. The numerous in vitro and in vivo (in living specimens) studies all point towards beneficial effects on heart health, especially through antioxidant and anti-inflammatory processes.[15] Finally, a 2008 study published in the Journal of Angiology examined the effects that Rutin supplementation for over 5 years had on circulatory health. The results demonstrated a partial serving size-related improvement in circulatory health overall.[16]

The beneficial effects of Rutin on health are believed to be strongly related to its antioxidant and anti-inflammatory properties. Several in vitro and in vivo studies have confirmed this supplement’s powerful anti-inflammatory effects.[17] Inflammation alone is not necessarily a bad thing, as inflammation is the body’s response to illness and is typically a sign of a healthy immune system. However, certain conditions, including stress, unhealthy diets, and a lack of exercise can lead to an overworked immune system and chronic inflammation in the body. This has several negative effects on health, which is why anti-inflammatories are often recommended.[18]

The anti-inflammatory effects of plant flavonoids – like this supplement, for example, are well established. However, it is not always possible to consume the recommended 8 – 10 servings of fruits and vegetables per day, which is when an anti-inflammatory supplement like Rutin becomes useful. Research suggests that this supplement acts on the ‘High mobility group box 1’ (HMGB1) protein, which is involved in inflammatory processes in the body. By inhibiting its activity, Rutin helps target inflammation in the body.[19]

Antioxidants are responsible for destroying harmful reactive ‘free-radical’ chemicals in the body. These are produced through natural metabolic processes but can occur in high concentrations as a result of ill health, poor diets, a lack of exercise, environmental pollution, and lifestyle choices such as smoking or drinking excessively. The human body has a number of complex systems in place to destroy natural free-radicals so that they don’t cause any harm. However, too many can be harmful to your health, especially if they react with DNA in the cell nucleus.

As an antioxidant, Rutin helps prevent the dangerous activity of free-radicals that are produced in the body. In one study, the antioxidant properties of this supplement were compared to those of ascorbic acid (vitamin C), a well-known natural antioxidant vitamin. The results showed that Rutin was slightly more effective than Vitamin C as an antioxidant.[20]

In another study, researchers examined the antioxidant effects of Rutin on mice that were exposed to Gamma radiation. Radiation is a well-known factor that causes the body to produce very large amounts of free-radicals. The study found that this supplement was able to inhibit most free-radical species that were produced by the radiation and to prevent oxidative stress, thereby indicating its efficacy as a natural antioxidant supplement.[21]

A few studies have examined the effects of Rutin on the immune system and immune function. The results demonstrated its ability to help support healthy immune function. In one study, rats were given Cyclosporine – an immunosuppressant toxin – to better elucidate the potential of this flavonoid to enhance and protect immunity. The results showed that both Quercetin and Rutin reduced the immunosuppressant activity of the toxin by over 50%. [22]

In a similar study, the immunity-enhancing effects of this supplement were explored in experimental animal models. Factors such as cellular immunity and humoral immunity were monitored and assessed. The results showed a significant increase in antibody concentration as well as enhanced immunoglobulin levels. In animals treated with an immunosuppressant toxin, the function of leucocytes was also restored.[23]

3.5. May Help to Promote Healthy Skin

Oxidative stress that develops as a result of free-radicals has long been associated with the aging process in skin. More specifically, exposure to UV radiation from sunlight causes the production of free radicals in the skin, which is believed to speed up the aging process.[24]

That’s why antioxidants are often considered as being useful for promoting healthy skin and for reducing the signs of aging. In one study, researchers examined the effects of Rutin on aging in human dermal fibroblasts and human skin cells. For the in vivo experiment, a Rutin-containing cream was applied to the skin of 40 participants between the ages of 30 – 50 years, for a period of 4 weeks. A number of factors were assessed including dermal density, skin elasticity, the length and area of crow’s feet, and the number of under-eye wrinkles.[4]

The results showed that this natural flavonoid increased the mRNA expression of collagen and had pronounced antioxidant activity in dermal cells. At the end of the study, overall skin elasticity was enhanced, and the length, as well as the area and number of wrinkles, decreased, thereby demonstrating the protective effects of Rutin on skin ageing as a result of free-radical oxidation.[4] Importantly, these studies were performed on cell cultures and as well as with human participants by using a lotion. As yet, there are no studies to assess the effectiveness of oral Rutin supplements on skin aging.

Rutin is a very powerful natural flavonoid compound and exceeding the suggested serving size is not recommended. At large servings, side effects may include blurred vision, stomach upset, headache, flushed skin, rashes, nervousness, changes in heartbeat, and muscle stiffness.[25]

In addition, there may be a risk of allergy when using this supplement. If you experience rash-like symptoms, discontinue use immediately. There is also evidence that suggests this supplement may act as a blood-thinner.[26] If you have a history of heart disease or blood clots, or you are taking blood thinners, do not use this supplement without first consulting your doctor.

It is not recommended to use this supplement if you are taking any medication. This supplement may not be safe for pregnant or breastfeeding women as there is currently insufficient research to support its use.

[12] Tuyishime, A. M., Harimana, Y., & Sun, J. (2018). Biotransformation of Rutin to Quercetin by Human Gut Bacteria and Its Effect on Rutin Bioavailability. Research Inventy: International Journal Of Engineering And Science. 8(2):11-17.