Taurine (2-aminoethanesulfonic acid) is an amino acid that is produced naturally in many animal species, including humans. It has a number of essential roles in supporting a healthy body. When taken as a dietary supplement, research shows that Taurine supports health and well-being through at least 8 unique benefits, including support for a healthy circulatory system and metabolism, stress reduction, neuroprotective effects, and more.

At a Quick Glance

Benefits and Effects on Humans

Based on Available Scientific Research and Anecdotal Evidence

The recommended Taurine serving size is 1500mg – 3000mg, taken up to twice per day. Do not exceed the recommended serving instructions. Taurine can be taken in a capsule form, dissolved in water or juice, or taken sublingually (under the tongue).

Taurine (2-aminoethanesulfonic acid) is a naturally-synthesized amino acid and neurotransmitter that has a number of important effects in the body. It is considered to be a nonessential amino acid because our bodies can synthesize it. Most humans do not need to worry about deficiency unless you were born with a genetic disorder that prevents its synthesis. Although our dietary intake of this nutrient is generally well within the required range for good physiological functions, taking extra Taurine as a dietary supplement may have some interesting benefits!

This nutrient is the amino acid found in the highest concentration in almost all animal tissues. Around 50% of all the free amines in cardiac tissue are Taurine![1] Transporters for this nutrient are found throughout the body, and it is known to be important for physiological benefits in all areas. For example, it plays an important role in modulating free intracellular calcium concentrations and is important in the central nervous system (CNS). It is used for a variety of processes, from development to cytoprotection. It is also essential for good eyesight and it is found in all ocular tissues. Deficiencies in this nutrient are associated with cardiomyopathy, renal dysfunction, developmental abnormalities, and severe damage to retinal neurons. There is a strong theoretical basis for considering this amine compound to be a neurotransmitter. [2]

Today, this nutrient is best known for its use in energy drinks, which often contain a relatively large serving size. It is associated with increases in energy and fitness performance, hence the inclusion in energy drinks. Another important question that people ask about this supplement is whether it is, in fact, bull testicle juice. The answer is a definite no. Although it is produced naturally in the testes, Taurine is not extracted from bull testicle juice and dietary supplements are quite safe for use by strict vegetarians (vegans), unless stated otherwise. 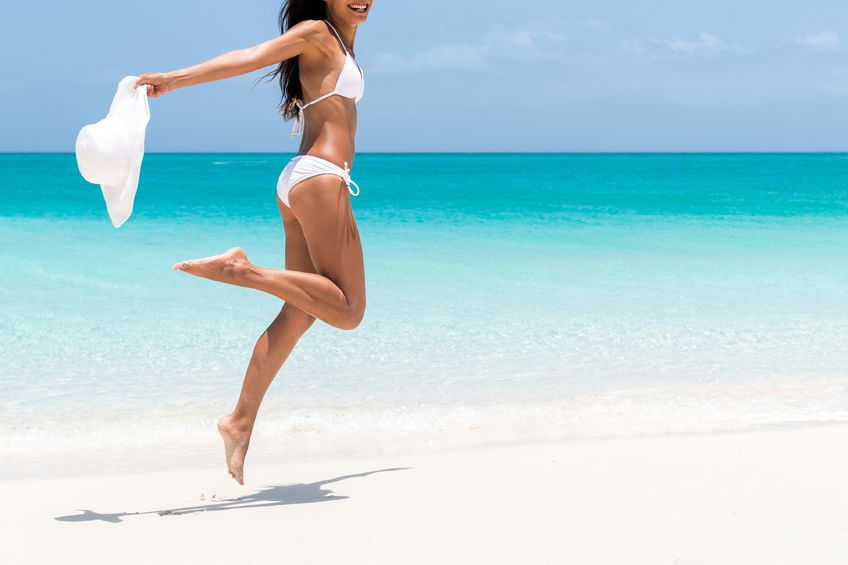 Taurine is one of the body’s key inhibitory neurotransmitters and works alongside GABA and Glycine to promote calm and relaxation.[3] This is one of the key reasons why it is considered to be so good for reducing stress and promoting a healthy mood. Furthermore, it is known to bind to both GABA-A and GABA-B receptors in the brain.[4] [5]

A number of animal studies have indicated that this great nutrient has the potential to reduce stress and support a healthy mood. In one such study, researchers tested the anti-stress benefits of this great supplement on rats. They found that it had significant benefits on reducing stress, and postulated that these benefits could be due to its effects on glycine receptors, and probably not due to effects on GABA receptors.[6]

In a similar study, researchers tested the effects of this great supplement on adrenaline content in the adrenal gland. When animals were exposed to cold stress, the adrenaline content in the adrenal gland was seen to be drastically reduced. However, after giving the animals this nutrient, the stress-related decline in adrenaline was prevented. What this means, is that this nutrient helps to prevent the release of adrenaline in response to stress, thereby limiting the feelings of stress and promoting a calmer state of mind.[7]

In one study, researchers examined this supplement’s effects on mood in rats. It had significant effects on behaviour, hormones, and neurotransmitters, all pointing to an improvement in mood. Levels of dopamine, serotonin, and noradrenaline appeared to increase, while glutamate and corticosterone were reduced – again pointing to positive benefits for mood.[8]

Several animal studies have indicated that this great supplement can help to promote a healthy metabolism and to support weight loss. The results of these studies point to the ability of this nutrient to reduce fat deposition in the body, through its effects on biochemical pathways associated with fat accumulation. In animals fed a high-fat diet, those who received additional Taurine had significantly reduced fat gains than those who did not.[9]

It is also well-known that deficiency in this nutrient can increase the risk of obesity. This has been shown in animal studies, where those animals who had a decrease in blood concentration of Taurine had increased fat. Increased levels of supplementation prevented an increase in adipose tissue accumulation in animals fed a high-fat diet.[10]

In a 2010 study, researchers examined the effects of this supplement on energy and metabolism in healthy male cyclists. The study was completed over 3 weeks in a placebo-controlled, double-blind manner. The results showed an average of 16% increase in fat oxidation, over a 90-minute training period, in those who received a serving size of 1.6 grams prior to exercise. This points to an increase in energy production and glucose metabolism. In this study, exercise performance was not affected.[12]

In a similar study, researchers examined the effects of this supplement on exercise performance, again on healthy trained athletes. The participants partook in a 3km time trial, and the results indicated that a serving size of 1,000 mg increased athletic performance by an average of 1.3%, without affecting heart rate of oxygen uptake. The researchers hypothesized that the increased exercise performance may be a result of interactions with muscle membranes, or an improvement in the force production capacity of muscles.[13]

This nutrient is well-known to be an important factor in sexual response.

Although it is not an androgen (sex hormone), it can be produced in the testes, and several studies have indicated its usefulness in promoting libido and vitality. In recent animal studies, researchers found that supplementation with this great nutrient promoted healthy levels of important sex hormones, including luteinizing hormone, testosterone, and nitric oxide (NO). They found that the body’s production of this nutrient decreases with age, and postulated a potential relationship between reduced production of this important compound, and reduced sexual health. [14]

Although the exact mechanisms are not yet fully understood, it is believed that these effects are related to the release of androgens and other important hormones. In one animal study, researchers found that supplementation increased the release of gonadotropin hormones. This group of hormones is important in the complex endocrine system and helps to regulate normal growth, sexual development, and reproductive function.[15] 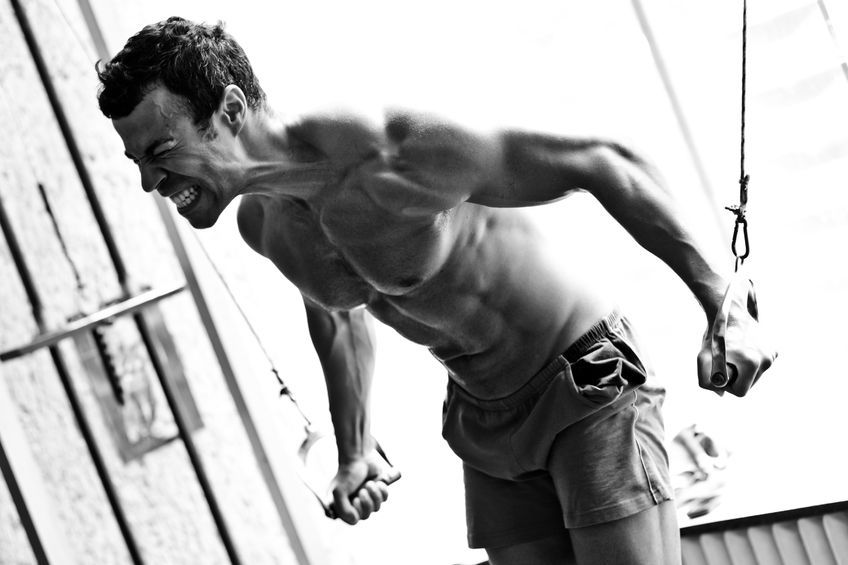 This ‘semi-essential’ nutrient is known to work as a powerful antioxidant. This means that it has effective ‘free-radical scavenging’ effects. Free-radicals are chemically-reactive species that interact with cells. The danger is that free-radical have the potential to cause cell damage and to interact with DNA. Free-radicals are produced as a by-product of biochemical reactions in the body and are kept in check through a system of natural antioxidants.[16]

However, lifestyle factors like unhealthy eating, smoking, excessive drinking, and living in polluted areas can increase the production of harmful free-radicals, which is dangerous to health. By removing these reactive compounds from the body, this nutrient helps to promote health and well-being.[17]

This supplement is an interesting antioxidant because it is neither a classical scavenger nor a regulator of the body’s antioxidative defences. In a recent study, researchers aimed to investigate the mechanisms of how it works. They exposed cardiac muscle cells to the antagonist, β-Alanine, which caused a 45% decrease in cellular Taurine content, and significantly increased oxidative stress. Their results showed that this great supplement regulates mitochondrial protein synthesis, which enhances the electron transport chain activity and protects the cell’s mitochondria from free-radical damage. [18]

In a review dated to 2008, scientists examined the effects of this nutrient on the circulatory system, and its potential to help support a healthy heart. Their results showed a number of beneficial effects, including protection against injury, modulation of intracellular calcium levels, regulating effects on blood pressure, and powerful antioxidant effects. The authors suggested that long-term clinical trials be conducted to properly determine the potential benefits of this nutrient for promoting a healthy circulatory system.[19]

An interesting study was conducted in 1996, examining the effects of Taurine on the blood lipid profiles of healthy young men. Volunteers were allocated into 2 study groups (control and active), and were given an experimental diet that was high in saturated fat and carbohydrates. At a serving size of 6 grams per day, the supplement showed promising results. The active group (the group that received the supplement) had a reduced increase in total cholesterol compared to the control. The active group also had significantly less LDL-cholesterol (‘bad’ cholesterol) formation than the control group, indicating positive benefits on the circulatory system.[20]

Numerous studies have been conducted focussing on the potential ability of this supplement to help support cognitive function and memory.[21] The results tend to point towards positive benefits on focus and memory. In one study, 10 graduate students were given an energy drink containing both this nutrient and Caffeine. Results showed an overall improvement in feelings of well-being, energy, and cognitive performance.[22]

There is still room for further research into the benefits on cognition in otherwise healthy humans. Anecdotal evidence and studies using a Caffeine with Taurine mix point to an improved cognitive function, but there is room for more studies examining the effects of this nutrient when taken alone.

Recent research, published in 2017, has indicated that this nutrient has powerful neuroprotective effects. In neuronal cell cultures, Taurine exerts a protective effect against excitotoxicity associated with high glutamate levels. By reducing the glutamate-induced increase of intracellular calcium levels, this supplement helps to protect the brain against stress.[24]

Glutamate is an important excitatory neurotransmitter that is vital for proper functioning in the brain. However, high concentrations of glutamate can cause excitotoxicity and have been shown to cause brain lesions, obesity, and other disturbances in animal models.[25] Glutamate is released as a neurotransmitter to help carry signals through the central nervous system. Its release appears to be related to stress. In stressful situations, the brain produces extra glutamate.[26] Taurine helps to protect the brain against the toxic effects of excess glutamate (related to stress).

Taurine is an amino-acid as well as a neurotransmitter and the human body is extremely well adjusted to metabolising and using it in the most beneficial manner possible. This may include use as an amino acid for protein synthesis, otherwise for use in the central nervous system, as an antioxidant in the cardiovascular system or any of the many other possible functions of this wonderful chemical. It is regarded as a very safe supplement with many benefits. [27]

WebMD reports that there may not be enough evidence on the safety of supplementation during pregnancy and that there is a possibility that high doses of taurine may aggravate bipolar disorder.[28] Do not use this supplement if you have any underlying medical conditions, or are using any medication.

These statements have not been reviewed by the FDA and are not written by a medical professional. Please consult your doctor before using any supplements, especially if you have any medical conditions.

[17] Sree SL, Sethupathy S. “Evaluation of the efficacy of taurine as an antioxidant in the management of patients with chronic periodontitis.” Dental Research Journal. 2014;11(2):228-233.